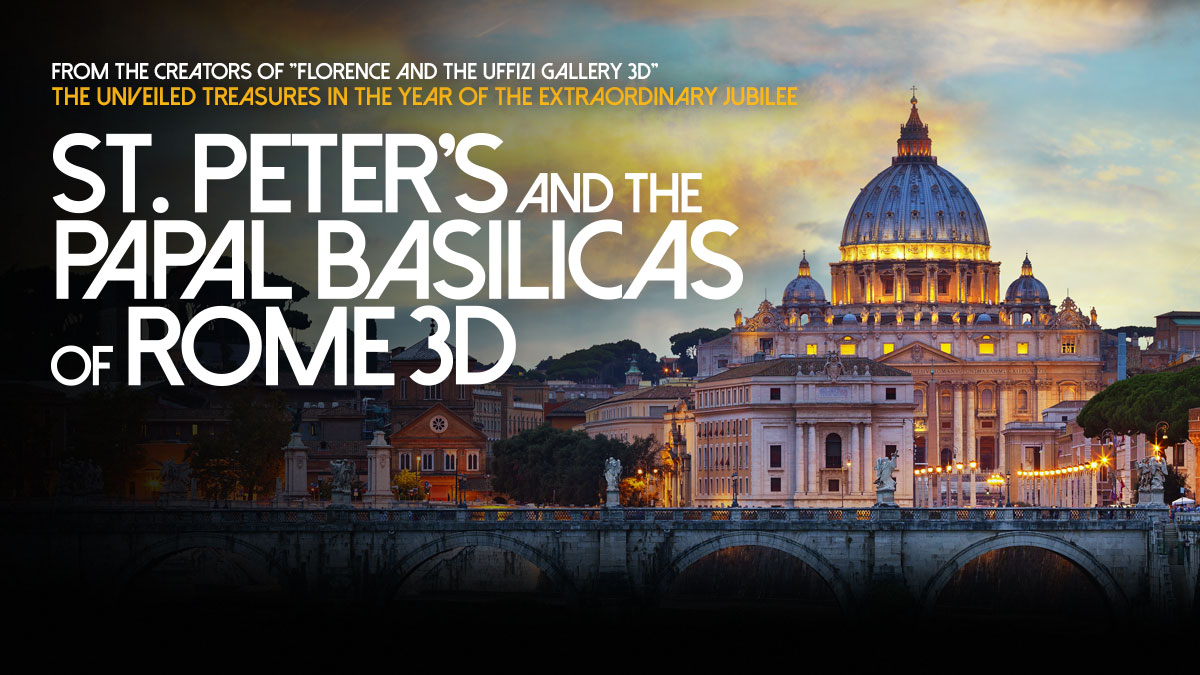 ST. PETER'S AND THE PAPAL BASILICAS OF ROME 3D

ST. PETER'S AND THE PAPAL BASILICAS OF ROME 3D

ST. PETER’S AND THE PAPAL BASILICAS OF ROME 3D

ITA 2016
3D | 2D-4K
After the success of the Vatican Museums 3D and Florence and the Uffizi 3D, coming to cinemas St Peter’s and the Papal Basilicas of Rome 3D, a new film production by Sky 3D and the Vatican Television Centre (CTV) in collaboration with Nexo Digital, Magnitudo Film and Sky Arte HD, taking you on a journey through the four Papal Basilicas in Rome and their treasures: St. Peter’s (one of the 25 destinations most visited by travellers from all over the world), St. John in the Lateran, St. Mary Major and St. Paul Outside the Walls. Four majestic buildings – each with a precious papal altar, each a treasure trove of timeless works of art and a destination for millions of travellers and pilgrims over the centuries – play the leading role in a new film tour that has been recognized as a work of cultural interest by the film board of the Ministry of Culture, Heritage and Tourism – and is scheduled for worldwide theatrical release by Nexo Digital.