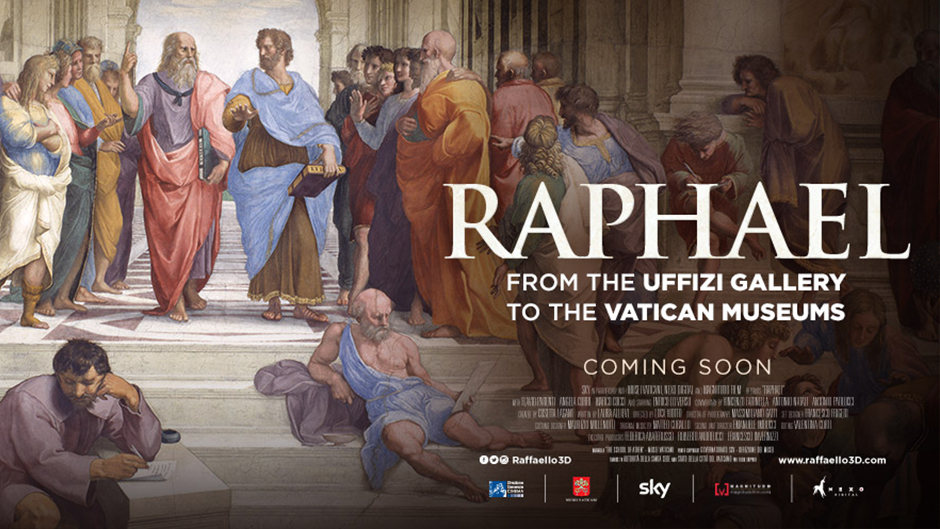 Raphael - The Lord of the Arts - ENG Trailer from Nexo Digital on Vimeo.

ITA 2017
UltraHD 4K / 3D
From the team that brought you The Vatican Museums, Florence and the Uffizi Gallery and St. Peter’s and the Papal Basilicas of Rome, comes a captivating portrait of one of the greatest Renaissance artists, as well as one of the most influential for the subsequent history of modern art. Widely regarded and celebrated as an “enfant prodige” by both his peers and generations to follow, together with Michelangelo and Leonardo da Vinci, Raphael forms the traditional triad of the Renaissance masters.
Using the most advanced 3D and 4K technology, the story is told through a total of 20 locations and 70 artworks, of which more than 40 are his most famous and most representative works. The life of the great artist is intertwined with commentary delivered with feeling by important art historians: Antonio Paolucci, Vincenzo Farinella and Antonio Natali.
“Raphael – The Lord of the Arts” will shed a light on his life and his exquisite craft that marked the passage from the Renaissance to the Mannerism and brought the figurative art to unprecedented heights. 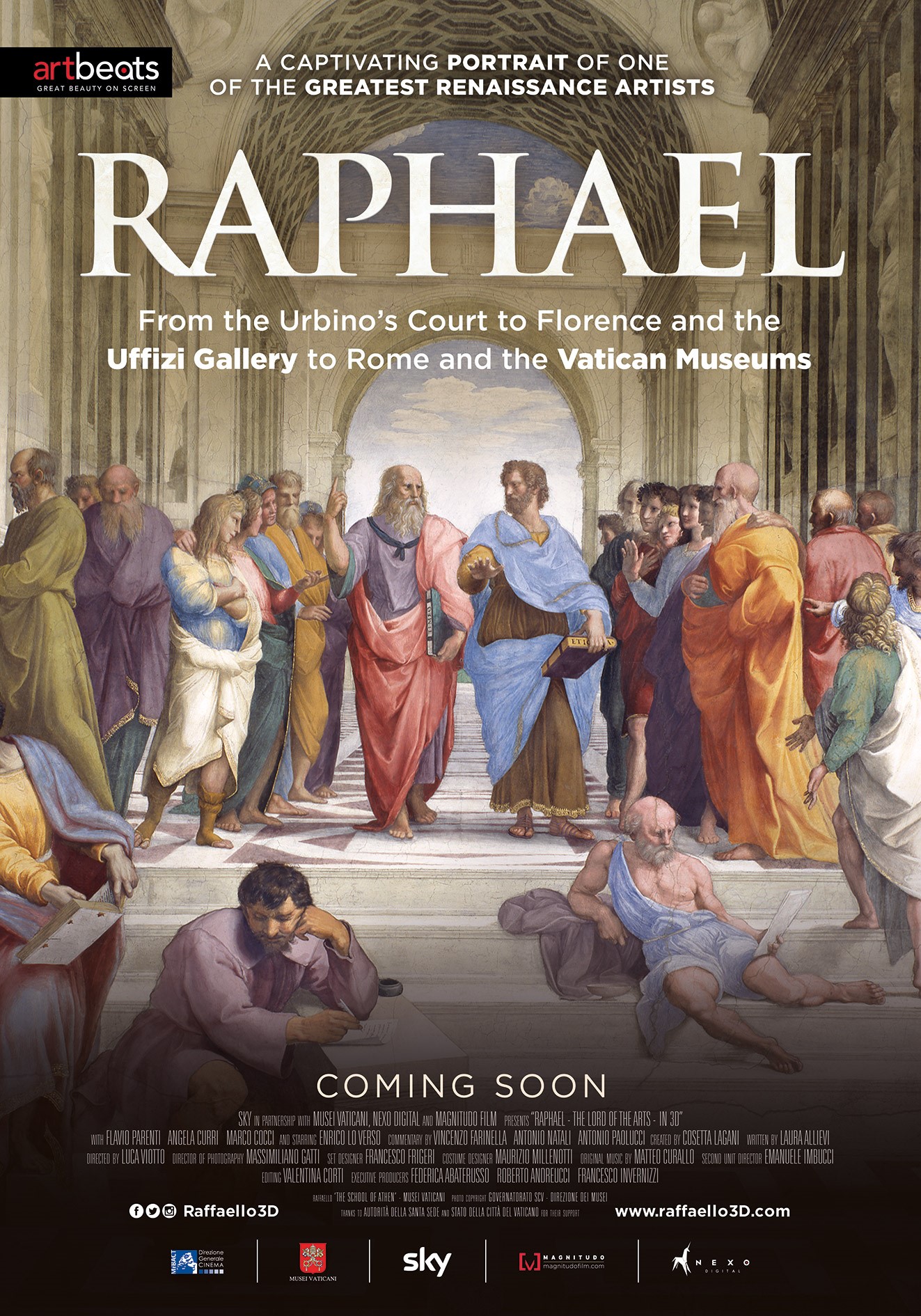